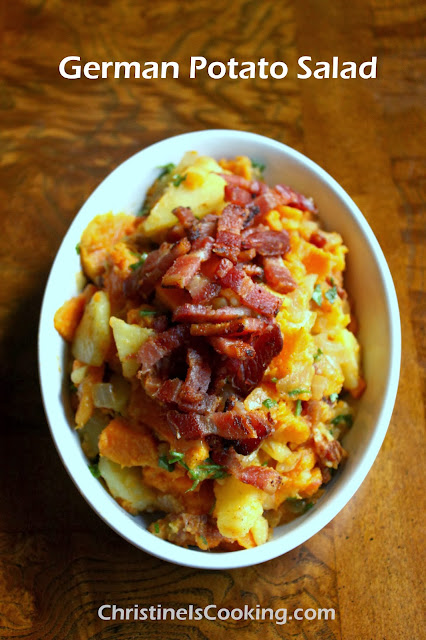 Cook the peeled potatoes in boiling water for about 10 minutes or until easily pierced with a fork. Drain, let cool and then slice.

Pan fry the bacon.  Remove from bacon from the pan.  Add onion to the bacon grease, and cook over medium heat until browned. Add the vinegar, water, sugar, salt and pepper to the pan. Bring to a boil, then add the potatoes and parsley. Chop bacon and add in half of the bacon to the potatoes. Heat through, then transfer to a serving dish. Crumble the remaining chopped bacon over the top, and serve warm.